Going To My Friends Birthday 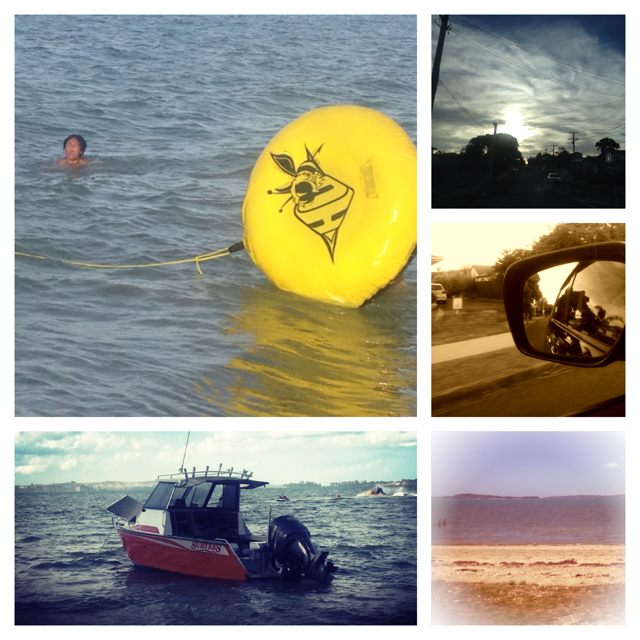 On the first of January is my friend's birthday. Her name is Awhina Rose. She had her birthday at Eastern beach. Her dad brought his boat, so all the girl's that she invited had a little ride.

As my cousin,Leila and I were driving with my parents, we saw all of these big house's. But then there was one road that seperated into two parts. On the right, led to a beach called buckland's beach and on the left led to Eastern beach.

We all saw a beach on the right. So my dad had to turn right. As we were driving on the road, we saw sign's saying "Buckland's beach" or "Buckland's beach dairy" Then my Aunty Kat texted my dad and said "were in front of a peach colour house. And the number is 61" As my dad was reading the text, me and Leila were looking out for Awhina and her family.

Then my dad said "they are in front of a peach coloured house. and the number is 61" So then we saw the number "61" and drove right in front of the house.  As we were looking, my mum was reading the street and it said "Buckland's beach road" Then my mum said "Were at the wrong beach!" So then my dad said "Ohhh. Now I know were i'm going"

As we were driving my dad turned on to the left. Then we saw a big peach coloured house and the number was 61. When we parked up we saw Awhina's mum Aunty Sera and Aunty Sera's family. "Finally!" Leila and I said.

I quickly got changed into my toges and ran straight to the water. I was trying to look for Awhina and her friends because they were already on the boat. But then I heard voice's shouting "Hannah! Over here!" Then I took a look at the back of me and there I saw them. When I was running to them they were all saying "hi!" or "Finally!"

When I was in the boat, there was little activities and one of them was a dounut ride. It is the floating yellow circle. All you had to do was get into the dounut and the boat will do the rest. There was a string for the dounut to hold onto the boat. So as I got on I was drifting away until "AHHHHH!" I was screaming. "They took off without telling me" I said in my head. But who cares i'm having fun!

As I got out of the dounut, I quickly sat down and had a little rest. "Can I go again?" I asked Awhina's dad Uncle Rubin "Sure!" He answered. So then I went again and again and again.

My highlight was having a good day and ridding on the dounut.

Email ThisBlogThis!Share to TwitterShare to FacebookShare to Pinterest
Labels: Hannah