For the past few months, I have been playing netball for my school. Every Tuesdays, I would have a netball game. I was in the year 7 team 2 roses. I was with my friends, Josephine, Lesieli, Quasia and Ana. The position I play is, GK (Goal Keep)

We were in grade C1, then we got moved to B2. We were winning all our games until we moved a grade. At the time, we won 3, drew 1 and lost 1 When we were moved to the B grade, we were struggling a lot, but we got there at the end.

At our last game, we had a lot of supporters. I was on first, second and third quarter, and on the fourth quarter, Rave was GK. We were challenging, ASJ Starlings (A netball club) and we really wanted to win against them. After the game, the scores were muddled up because one umpire said that we won and the other said that they won, but the actual winners were their team.

At the end of the day, we had a great season and came 4th out of 10 teams. My highlight of the season was meeting new people and playing with my close friend, Josephine. Hopefully I will be playing with the same girls next year ^-^ 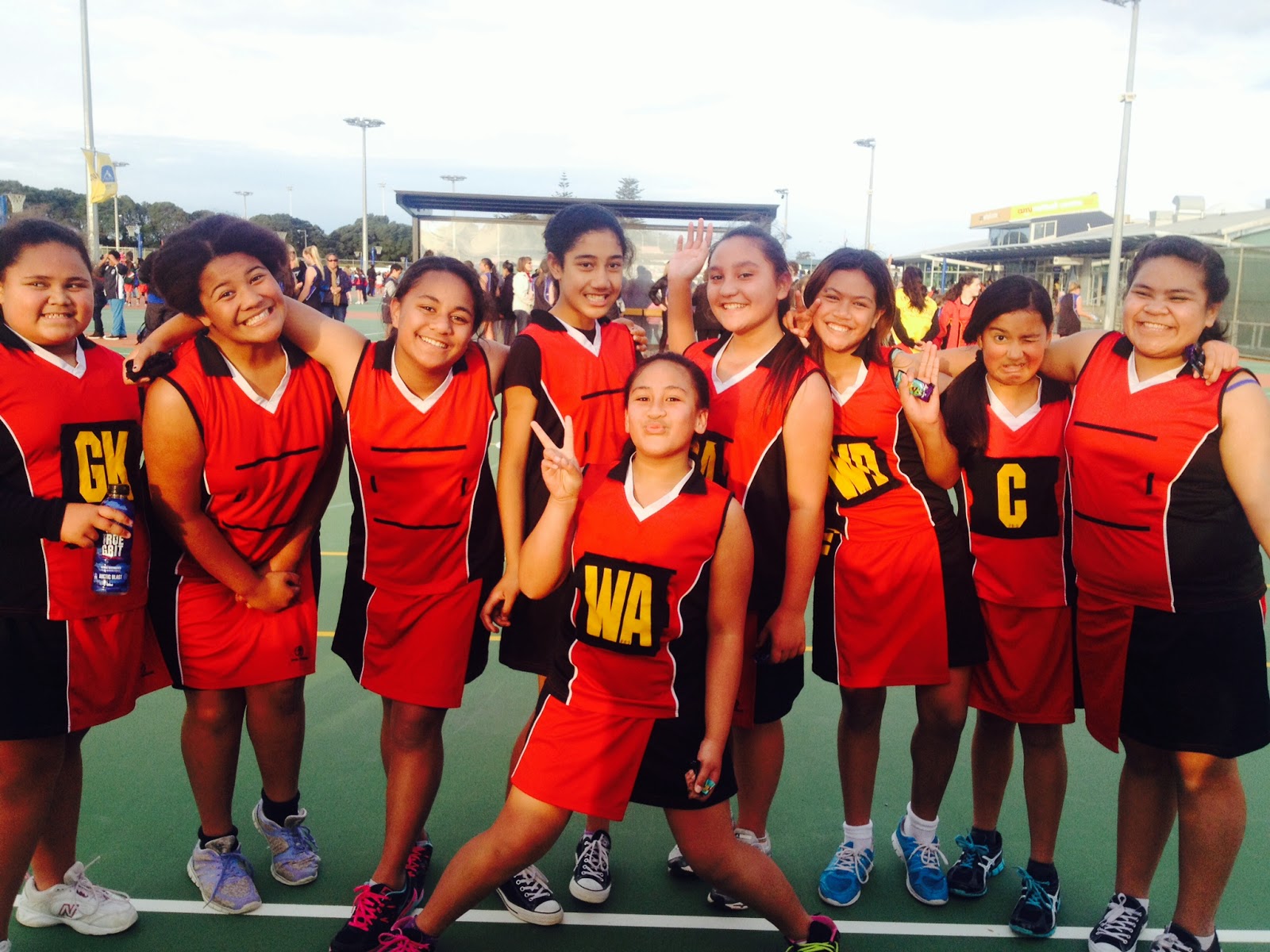 This presentation is about my maths strategies I was working on this week. I created it on Google Drive. Enjoy =*
Posted by Hannah at 12:14 No comments:

For this blogpost,  i created a little video for you. I hope you enjoy watching it! Happy 100th Blog Post Blog ~.^ (Excuse the facials and the part at the end of the song....FLAT!)
Posted by Hannah at 21:55 No comments:

Email ThisBlogThis!Share to TwitterShare to FacebookShare to Pinterest
Labels: 100, 2014, Hannah

Before we left to go to the concert, we had to stop off at church. I went with my family including my sister. While we were driving, we were talking about what performances we really want to watch and the characters we wanted to see them play.

As soon as we got there, we saw a lot of cars parked on the road, on the grass and of course in the car park.When we got there we got our tickets. We saw a lot of people getting ready for the doors to open. The concert was about to start and my family and I were sitting up stairs where you could see everybody.

Straight after we got our tickets, the doors opened so we quickly walked in and sat down with 3 minutes to spare. While we were waiting, my Aunty went to go and get some water for us. When she got back, the lights dimmed and everybody started to scream.

The first character Tofiga played was Aunty Tala. Everyone knows of Aunty Tala because everyone loves her, so as soon as she started talking, everyone screamed really loud. It was so loud, that my little sister had to cover her ears.

HannahT signing out - Vinaka
Posted by Hannah at 18:51 No comments:

For the past couple of days, my class and I have been learning about, primary colours, secondary colours and tertiary Colours. We have also learn’t about warm and cool
colours. First i'm going to be talking about primary colours...

Tertiary colours are made up with a primary colour and a secondary colour together. The tertiary colours are, light green, dark green, dark purple, light purple, dark orange and gold. To make light green you mix, Yellow + green, it’ll make light green. To make, dark green you would have to add, blue + green. To make dark purple, you would need to mix, blue + violet. To make light purple, you would have to mix, red + violet. To make dark orange you have to mix, red + orange together. Finally, to make gold, you add orange and yellow together.

All day today, I went to a tournament. The sport I played was, netball. Netball is my favourite sport to play, so I was really excited. A couple of weeks ago, we had a tournament and came second, so this was the final tournament. There were 14 teams of girls in each pool. The position I played was Goal Keep.

As soon as we got to the courts, all we heard was a lady speaking threw the speaker explaining where everything was, what we had to do if someone got hurt badly and how many minutes there were in each half. The halves were 11 minutes long with 2 minute breaks.

Our first game was a friendly game, because one of the teams we were playing were late. We played Kedgley, they were really hard. I had to share my position with my friend Iron. So I went first halve and Iron went second halve. At the end of the game, we lost by 3. We were all disappointed, but we still remembered that, that game was friendly, so it didn't count.

The next game was a lot harder because, they didn't look like year 7's they looked like year 9's. For the second game, Iron went first halve and I went second halve. I played better on the first game then I did on the second game.

At the end of the day, we came lost all our games and came 12th. Holy Cross came 2nd and Kedgley came 1st. My highlight was having lunch and a drink of water. 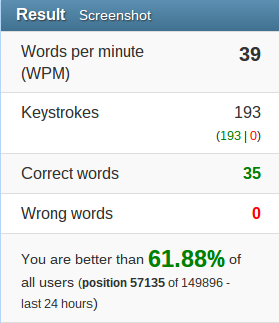 Today is the day that I have finally beaten my highest score for Typing Test! I was so happy that I was screaming with my pukana eyes. Now I would have to beat 39 (WPM) to beat my highest score. If you beat my score (and your under 12) comment below and tell me how much you got. Here is the link.... Typing Test.


This here is a presentation a created in Google Docs!!! ENJOY!
Posted by Hannah at 13:02 No comments:

As I was scrolling threw some old videos in vimeo, I saw a video that looked very similar to the one I did a couple of years ago. As soon as I watched it, I was surprised because it was on vimeo for quite a while. In this video I was a year 5 in Miss Kings class (Room 13)

I am superrrrr embarrassed when I saw me dancing really hard and lip syncing. I was laughing because I saw some of my friends lip syncing hard. My favourite part was watching Jennifer Lip sync. HILARIOUS!!!!

Email ThisBlogThis!Share to TwitterShare to FacebookShare to Pinterest
Labels: 2014, Hannah, Throw Back, Vimeo 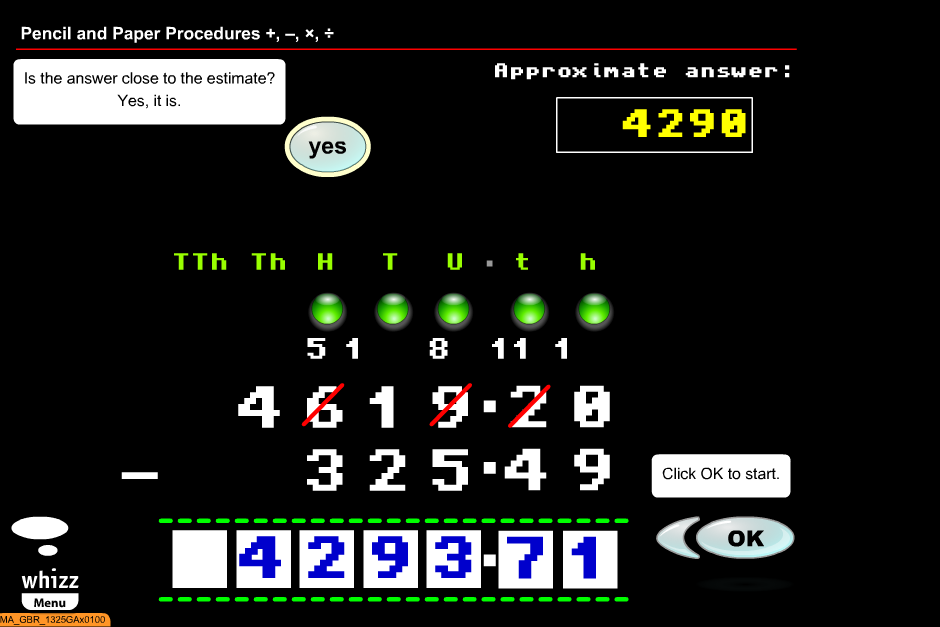 For my maths homework today, I am played Math Whizz. If you don't know what Math Whizz is click on this link: HERE! If you do know what the program is, keep on reading. The game I am on at the moment in tutor mode, includes subtraction, addition, division and multiplication. I am really struggling on the questions, so that means I get a low score. I am now coming 3rd out of all my friends so that means I have to play more to get better. My highlight was trying to beat IronT but she was just to HARD! 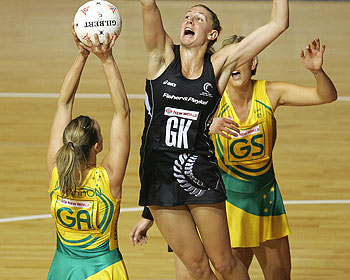 Have you heard of a sport called Netball? Well if you haven’t, keep on reading. My name is Hannah and I am going to explain every detail of the game.

A netball court is divided into three parts. The three parts includes two Goal thirds and one Centre third. At the end of both sides, there are semicircle markings, in the centre third there is a small full circle marking. At both ends of the court there is a goal post that is 10 feet long.


There are two teams that play against each other.  There are 7 players in each team so in total there should be 14 players on court. The 7 positions are broken up into defense and attacks. Goal Shoot (GS), Goal keep (GK), Goal Attack(GA), Goal Defense (GD), Wing Defense (WD), Wing Attack (WA) and Center (C). 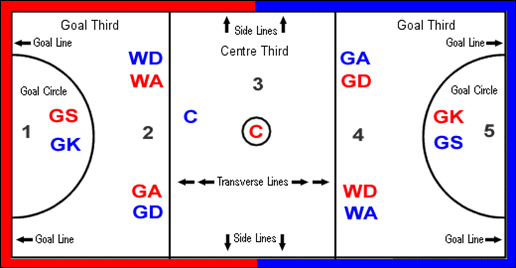 This diagram tells you what positions there are in each team. The diagram also tells you which position each player will partner with for example in the red Goal Third the GS is in the red team and partners with GK from the blue team.


Defense: GK, GD, WD & C
The defense priority is to stop their opponents to shoot a goal.


Each game is four quarters with a time of 10minutes per quarter.


TOP 5 RULES:
1. Each quarter starts off with a centre pass
2. No stepping - the foot that you ground when receiving the ball you can’t lift and ground again.
3. Replay ball - You can’t double bounce the ball with your hand
4. Contact - You can’t hit or push your partner purposely


5. Obstruction - Is called when you are less then three feet and their defending the partner

As you all know it's Cook Island Language week. Until Cook Island Week finishes, I will be giving you some Cook Island sentences about me and I will be translating the English way of saying it. I will continue with the paragraph I posted yesterday. My second post....Here!

Here are the sentences...

Put it all together it will make this.....

As you all know it's Cook Island Language week. For the next couple of days, I will be giving you some Cook Island words and I will be translating the English way of say it I will continue with the paragraph that I posted a couple of days ago. My first post...Part 1!!.

#Putting A Tidy Number Into A Whole Number!!

WALT: I am learning to solve subtraction problems with tenths by changing the second number into a whole number.

Do you know what week it is?
It is Cook Island Language Week 'Te Epetoma o te reo Maori Kuki Airani!
So from now until this Friday, I will be giving you facts and a few Cook Island words and the translation in English.


This here is a presentation I created in Google drive >.<
Posted by Hannah at 12:11 No comments: