PVP is a channel that I love to watch! PVP stands for Prank Vs Prank and there are only two people that Prank each other. Their names are Genna and Jessie. It’s about Genna and Jessie pranking each other sometimes using firecrackers,dog biscuits,chilli chocolate,chilli sauce and other stuff.

The first video they made was on the 12 of June 2010. Whenever they prank each other they always have a camera, they sometimes hide the camera or hold it in their hand. My favourite prank is Jessie eating a dog biscuit. That is my faourite one because Genna and her dad was ganging up on Jessie and the dad helped Genna.

This is video of Jessie eating the dog biscuit. Enjoy!

This is Hannah T signing out Tata!
Posted by Hannah at 22:06 No comments:

On the 28th of October we celebrated my little sisters birthday! Her name is Sachi, she is now four. We celebrated her birthday at the Botanical Gardens. It was so much fun we played a lot of games and there was some really nice food.

The first thing I did at the birthday was eat. One side of the table was adults and the other was children. I went on to the adults side so I had Nachos with Sour Cream. It was a bit spicy but I got there. As I was eating I first took a scoop and put it in my mouth and then drank my water after that.

As people began to arrive, I could see them carrying presents in their hands.  Sachi was so excited to see all of her presents as they were all on one side of the food table.  There were little kids there and a lot of adults.

Nat was the performer and he sang a lot of songs.  My favourite one was the Big Red Car by the Wiggles because all of the Uncles had to sing it too.  Sachi had a barbie doll princess cake and cupcakes as well.  The dress was six layers and it was actually a really tall cake.  I took some home and it was yum.

“AHHHHHHHHHH!” Iron was screaming as she went down up and down the pirate ship, “THAT WAS AWESOME!” she shouted to jordenne . “Thats good now lets go on the roller coaster!” Jordenne said excitedly.


As they were walking to the rollercoaster they could see that the sun was going down, Jordenne shouting at Iron “We have a couple of minutes until we go home and if we are late we are sooo dead!. So HURRY UP!”  They made it just in time for the last ride.


When Jordenne came off the roller coaster she thought Iron was still there, so she was talking and talking and talking until she realised she wasn’t there. Jordenne’s eyes were wide and her face was red. She was so angry at Iron that when she was looking for her she shoved people that was in her way.


As Jordenne was doing that Iron was going on the invada. Iron was the loudest screamer on the ride. When the ride finished she saw Jordenne. So then she ran away.


Iron went on all the rides except the fear fall. She was saying “ I can do it “ So then she jumped on the seat and then it went up and up and up and up, Iron could feel butterflies in her stomach as she was going up. But then it stopped for a couple of seconds. Then she told the person next to her “ This is.... COOOL!” As she went down.

She was so happy she made it in one piece but she was not that happy she got snapped by her sister (Jordenne). Jordenne was so angry her face turned dark dark red. “ come over here we are going home! I am never taking you any where ever again!” Iron said “I don’t care!” Jordenne said angrily “you are so lucky we're not at home because I can give you a hiding here right now” Iron replied “I don’t care but I would of told mum any ways” so they went back in the car and drove back home.
Posted by Hannah at 11:39 No comments:

“What is he looking at?” Jennifer asks Sela. “I think he likes you?” Sela laughing. “I hope not!” Jennifer says blushing. As Harlem was looking at Jennifer, Jennifer will always look back at him and laugh with red cheeks. Harlem was running up to Jennifer and Jennifer's heart was beating faster and faster and faster. So then Jennifer opened her arms for a big hug until she noticed a flash of wind on one side of her body. Then noticed he wasn’t


Jennifer was so sad that she ran to Sela’s house and shouted “HE ISN'T IN LOVE WITH ME!” Sela stared at  Jennifer sadly “its alright theres other boys in the world.” So she went in her kitchen and got her ice cream and her chocolate and then she got some tissues.


“So what happened?” Sela asked with a sad face. Jennifer said with tears streaming down her face “He didn’t hug me!” “ok? Its maybe because he wasn’t looking at you he was maybe looking behind you” Sela tried to say in a nice voice. Jennifer wiped her tears and said “ Maybe he doesn't

like me but i don't care even though im embarrassed” Sela said “haha yea so lets eat this ice cream!”
Posted by Hannah at 10:52 No comments: 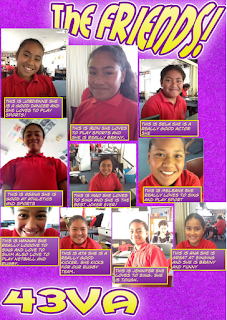 These are all my friends. The squares at the bottom of the photos explains there personalities.

What in the world is going on in farming?

Last week my literacy was figuring out what goes with the photo? We had a bunch of photo's on the flour and we had sentences to match the photo. It was really hard at first but when Mr S came to help us it was easy. Some of the pictures were sad and some were good. I had so much fun with my group trying to solve which is which. 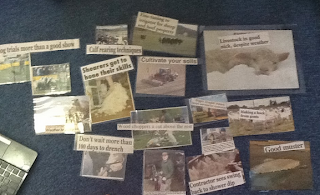 We made movies of us interviewing people who know about taxes. Sela and I were partners, so we interviewed Mr Somerville and Heidi. We were asking them questions about taxes and student loans.

We asked Mr S about his student loan:

Taxes Hannah and Sela from Team 4 Pes on Vimeo.

Then we asked Heidi about how taxes pay for our dental clinic:
Hannah and Sela with Heidi! from Team 4 Pes on Vimeo.

WHERE DOES THE GOVERNMENT GET ITS MONEY?

GST is another type of tax that takes 15% of what you pay for. It could be clothes, shoes or food. GST stands for Goods and Service Tax.
Posted by Hannah at 15:45 2 comments: 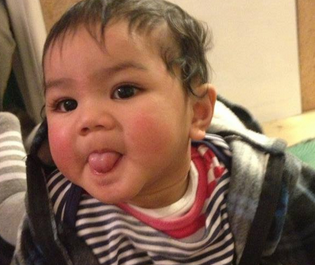 This is Tupou he is one of my cousins. He is so cute and he is really fun to play with even though he's a baby. I love him because he is my baby cousin! 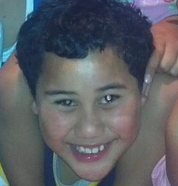 This is T.j. His sisters are Maru,Lauren and Prudence. T.j is my closet's cousin ever because were the same age and we would play together when we were little. He plays a lot of sports and he kind of a little tiny bit sings. I love him because he treats me like a sister. 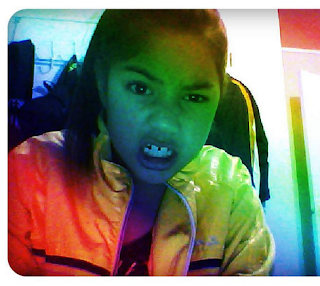 This is Prudence she is one of my close cousins. She lives in otahuhu. I love her because she is kind and smart. 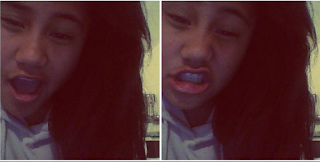 This is Maru and she is Prudence's sister. Maru is a good singer she always sings. But I love her because she helps me with anything I need help with.

This is Lauryn and she is Maru and Prudence's older sister. She goes to Otahuhu collage. She is a good singer a good dancer and a really good guitar player. I love her because she shares ever thing with me.

Im A Farmer And I Grow It!


Today was Immersion assembly. Because it is the first day of the fourth term. As we all know the teachers put together some videos or plays that we all love . I really enjoyed all of them because some were funny and some were awesome.


But my favourite one was team 4 video. This is "I'm A Farmer And I Grow It!"